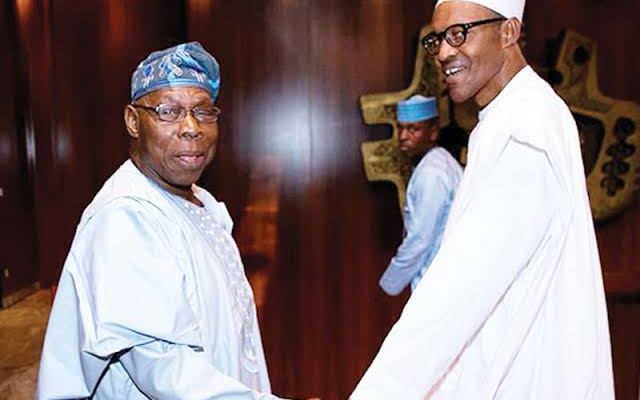 PDP Advices Buhari to Listen to Obasanjo, Others

President Muhammadu Buhari has been advised by the People’s Democratic Party(PDP), to pay heed to the words of eminent Nigerians about the dire state of the country under his administration.

Kola Ologbodiyan who is the PDP’s spokesman said on Sunday that Buhari is worsening Nigeria’s woes.

The statement they released reads: “From its reactions to patriotic counsel, it is clear that the Buhari Presidency has become bereft of the fundamentals of governance as well as overwhelmed by its own failures and burden of guilt for the disunity, bloodletting and anguish that have enveloped our nation in the last five years.”

The PDP said: “Under Buhari, all sectors of our national life are in shambles; the productive sectors have been crippled; the nation has been pushed into the reverse gear; bandits, insurgents and marauders are freely ravaging communities and our citizens live in constant fear and extreme poverty.”

Indeed, never in the history of our nation has the situation been this pathetic.

“While President Buhari recedes in the comfort and safety of the Presidential Villa and reneged in his promise to lead from the front, Nigeria is being pushed to the fringes by marauders who are pillaging our citizens in various parts of our country…”

“Furthermore, it smacks of shamelessness for the Buhari administration to be talking about corruption in PDP’s subsidy regime, when it has been caught neck-deep in unprecedented oil corruption that had ruined our economy, turned our nation into the poverty capital of the world and put our citizens in a dire strait.”

The PDP alleged that life has become more traumatising for Nigerians under the present administration.

“Today, life has become resources from the sale of crude oil have either been wasted or stolen by officials of the Buhari administration,” Ologbodiyan said in the statement.

The statement further reads: “It therefore amounts to pretending to sanctimony for President Buhari to be preaching on term limit, whereas, his administration has done everything possible, broken all known democratic norms and rules to debase credibility in our elections.”

“Our party implores President Buhari to pause, think of Nigeria and its people and heed wise counsel to save our nation from an imminent collapse, which this idling administration has foisted on all our people.”