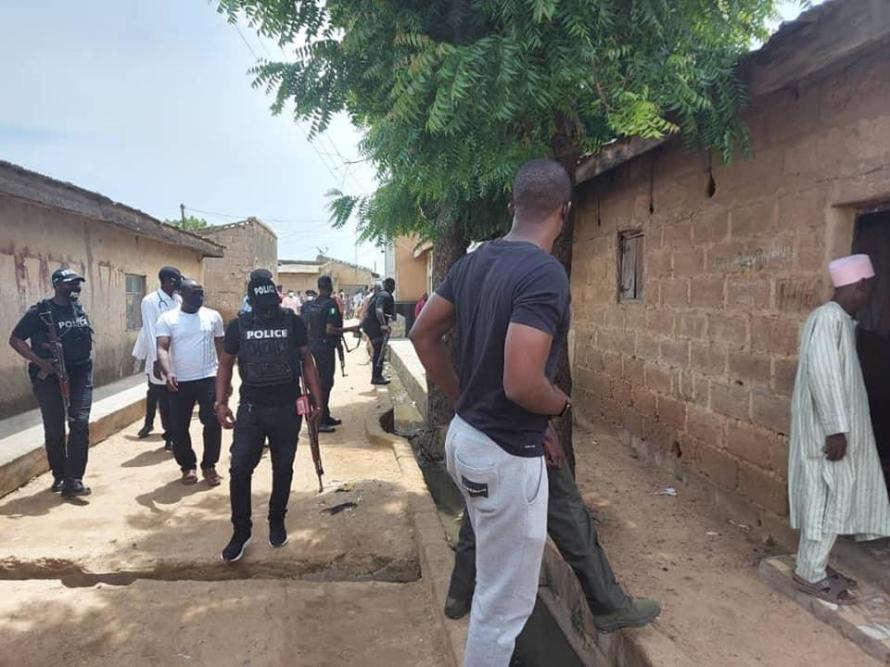 At Sheka neighborhood in Kano.

Sources said that the 32 year old, whose name is not known has been under house arrest for 15 years, put there by his father.

The man being carried away on a stretcher bed.

He was found at Sheka neighborhood, but the reason for his parents chaining him in a room for that long is not known. 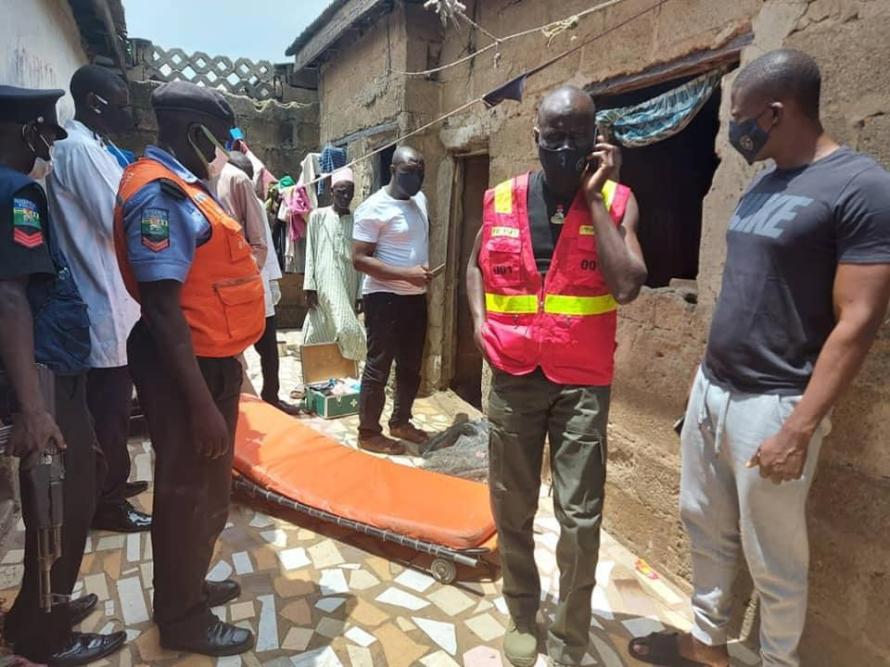 After the rescue, he was rushed to Nasarawa Hospital in Kano.