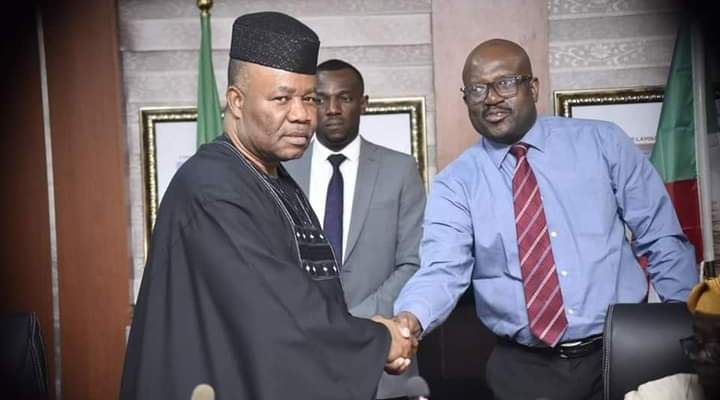 Former governor of Abia State and Senator representing Abia North senatorial district, Senator Orji Uzor Kalu, had on Monday, said the Niger Delta Development Commission has not paid the contractors, who constructed the roads he facilitated.

This is even as two former governors of Delta State; James Ibori and Emmanuel Uduaghan, have denied approaching the NDDC for contracts.

Kalu, Ibori and Uduaghan stated these while reacting to a document, which the Minister of Niger Delta Affairs, Senator Godswill Akpabio, attached to the letter he submitted to the Speaker of the House of Representatives, Femi Gbajabiamila, on July 23.

Akpabio, in the report had linked ex-governors, Emmanuel Uduaghan, James Ibori; former lawmaker, Senator Ifeanyi Ararume; Senator Orji Uzor Kalu and others to the several contracts allotted by the NDDC.

However, Kalu, in a statement signed by Mr Emeka Nwala of the Office of the Senate Chief Whip and made available to our correspondent on Monday, said he believed that the issues at stake in the NDDC had to do with missing funds and not works done.

Kalu said the road projects mentioned by the minister were the interventions he facilitated for the communities as a private citizen before he became a senator.

He said, “From 2016-2018, during my tour to several communities, leaders and welfare unions of most communities pleaded for urgent intervention on some dilapidated roads.

“I wrote to the NDDC informing the body of the conditions of these roads and the need for their attention since Abia is an NDDC state. The NDDC, in their consideration, which I am very grateful for, awarded the roads to companies that duly tendered for the projects and not me.”

Ibori, in his statement, described as ridiculous the allegation, which linked him to projects executed by the NDDC.

The former Delta State governor, in a statement by his media assistant, Tony Eluemunor, and made available to newsmen on Monday, said the allegations were false.

The statement read, “He (Ibori) did not want to join in the ‘dance in the market square’ going on in the NDDC right now. He has decided to make this clarification for the records because friends and associates inundated him with phone calls this morning.

“So, he (Ibori) is stating categorically that he never solicited for, or was awarded, or indeed executed any contract with NDDC or any government agency, at any time, for that matter.”

Also, in a statement on Monday, Uduaghan described as false the allegation that he facilitated contracts from the NDDC.

The former Delta governor, in a statement by his spokesperson, Monoyo Edon, said, “We want to state very clearly that the said accusation is false.

“Dr Uduaghan has never approached the NDDC for any contract whatsoever. It is even more ridiculous that the said contract is a road inside Port Harcourt town.”