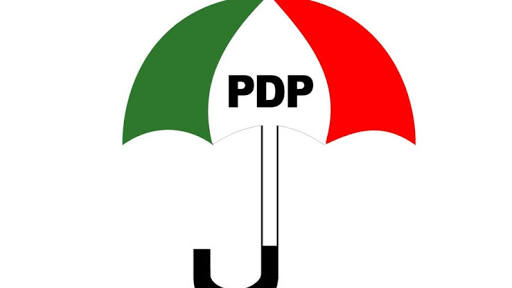 President Muhammadu Buhari, has been asked to call the immediate past National Chairman of the All Progressives Congress (APC), Adams Oshiohmole, to order

The call was made by the Peoples Democratic Party (PDP) while frowning at the remark made by the APC Guber Hopeful in Edo State, Osagie Ize-Iyamu, to follow Oshiohmole’s footsteps.

The party stated this in a series of tweets titled: “PDP To Buhari: Call Oshiomhole to Order.”

According to the tweets: “The @OfficialPDPNig National Campaign Council (PDPNCC) for Edo Governorship Election says the declaration by the @OfficialAPCNg candidate, Osagie Ize-Iyamu, that he will follow the footprint of the sacked APC National Chairman, Adams Oshiomhole, has destroyed his own campaign in his pipe dream of becoming the governor of Edo State.

“The Campaign Council asserts that such comment is a direct insult to the sensibilities of the people of Edo state, who suffered untold deprivation from the massive treasury looting, trampling of human rights, disrespect for traditional institution and suppression of dissenting voices that characterized Oshiomhole’s eight year rule as governor of Edo state.

“It is laughable that after much orchestration, Ize-Iyamu has abandoned his plagiarized SIMPLE Agenda, (which, in any case, he had no capacity to execute) to follow Oshiomhole’s detestable “go and die” policy and agenda of falsehood, treasury looting, injecting of confusion and disregard for values, welfare and sensibilities of the people.

“Edo people already understood Oshiomhole’s footprint as the antics of a self-confessed liar, who has admitted that he had no scruples spreading falsehood in the public to achieve selfish objectives.

“Oshiomhole’s footprint as the governor of Edo state includes intimidation of widows, alleged suppression of personal freedom of citizens, entrenchment of corruption and unbridled treasury looting, for which the Edo people have been demanding his prosecution by the @officialEFCC

“We strongly caution Adams Oshiomhole to stop overheating the polity of Edo and the nation just because he and his candidate have no agenda to market to the people of Edo state.”