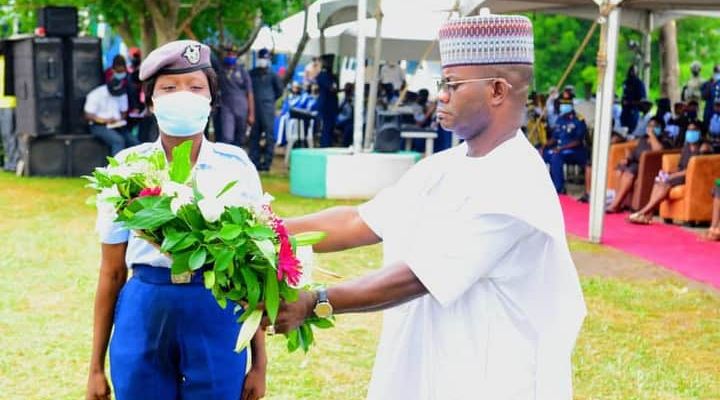 Governor Bello was at the National Military Cemetery, Abuja on Thursday where the remains of the late Flying Officer, Arotile was laid to rest.

Bello said, Tolulope as a young female pilot who fought for the peace of the nation both on land and in the air and died in active service at 24 years of age remained huge inspiration for both men and women in the country and beyond.

The Governor said that Late Tolulope Arotile will be remembered as one of those who risked their skins and were willing to put service before self in order to protect the many freedoms we enjoy. He noted that behind every decorated grave of a fallen Air Officer, Soldier, and Naval officer, is a story of grief that came to a family or a community but assured that late Arotile’s legacy will be cherished even while she has gone to rest .

Bello extolled Arotile’s bravery, commitment, patriotism and professionalism, noting that her short life was impactful, a complete book of history and a motivation to improve girl child education and the development of young ones.

Tolulope who hails from Ijumu Local Government Area of Kogi State died on July 14 in a motor accident at NAF Base in Kaduna.