Liverpool are Premier League Champions for the 19th Time

After 30 years of waiting and crying, Liverpool finally got their hands on the one trophy that has so much eluded them.

And they did so with so much pomp, haven trounced Chelsea 5:3 on the night.

It was a matter of when, and not if. And now, they can finally celebrate. Naby Keita opened the scoring, and before halftime, Liverpool had already raced into a 3 goal lead, with Wijnaldum and Trent also getting on the scoresheet.

However, Chelsea were able to pull one back before halftime via Giroud. After the break, Firmino scored his first goal at Anfield since March 2019, to make it 4:1. 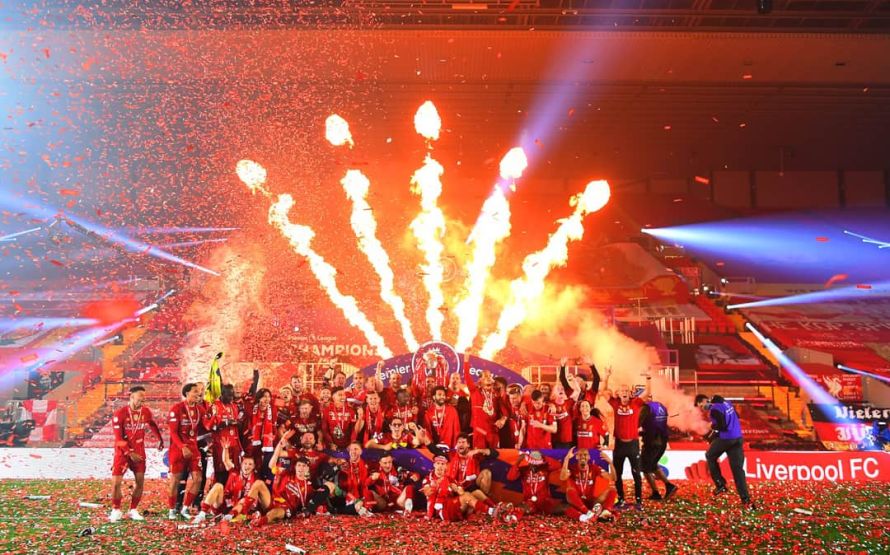 Chelsea then responded in what was a close encounter, after substitute Christian Pulisic assisted Tammy Abraham for Chelsea’s second of the night.

4:3 it was shortly after, when Pulisic scored again to make it a perfect evening for the Yankee. But all hopes for a comeback were quickly put to bed when substitute and former Arsenal man, Alex Oxlade Chamberlain scored after a quick counter attack to make it 5:3, thereby putting the game beyond Chelsea’s reach.

Their win tonight made it 31 league wins, their best ever, haven come close last year with 30 wins. This was also the third season on the bounce that Jurgen Klopp’s men have gone unbeaten at Anfield.