An ex corp member, Urenna Iroegbu who was a medical doctor by profession, lost her life in a car accident in Port Harcourt, after the car she was in drove against traffic. 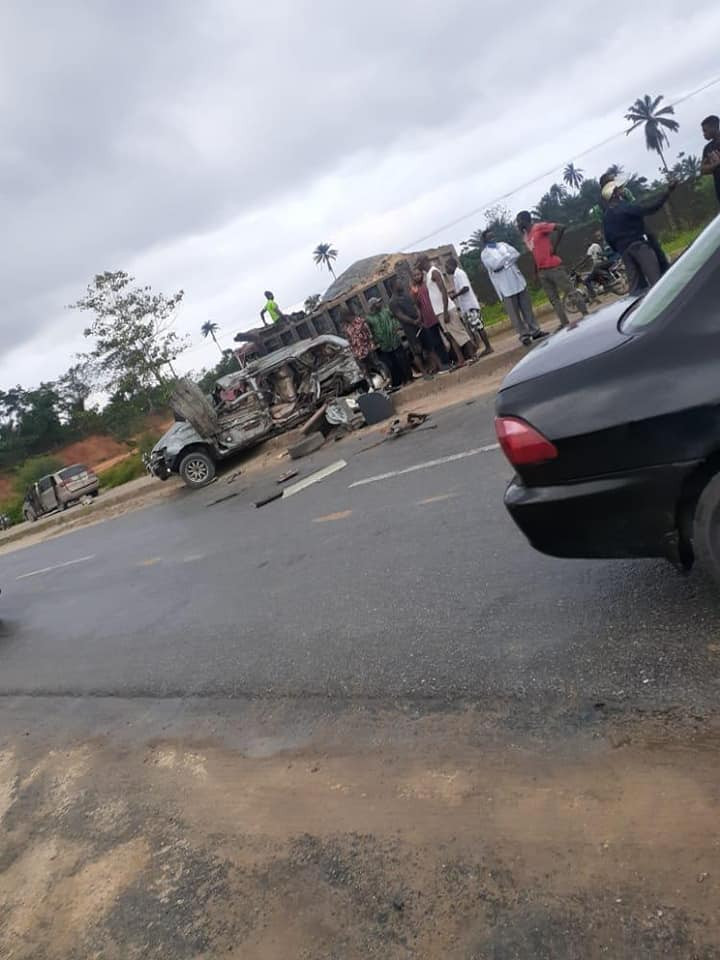 The Damaged Sienna at the far end.

This took place just two days after she left the NYSC. 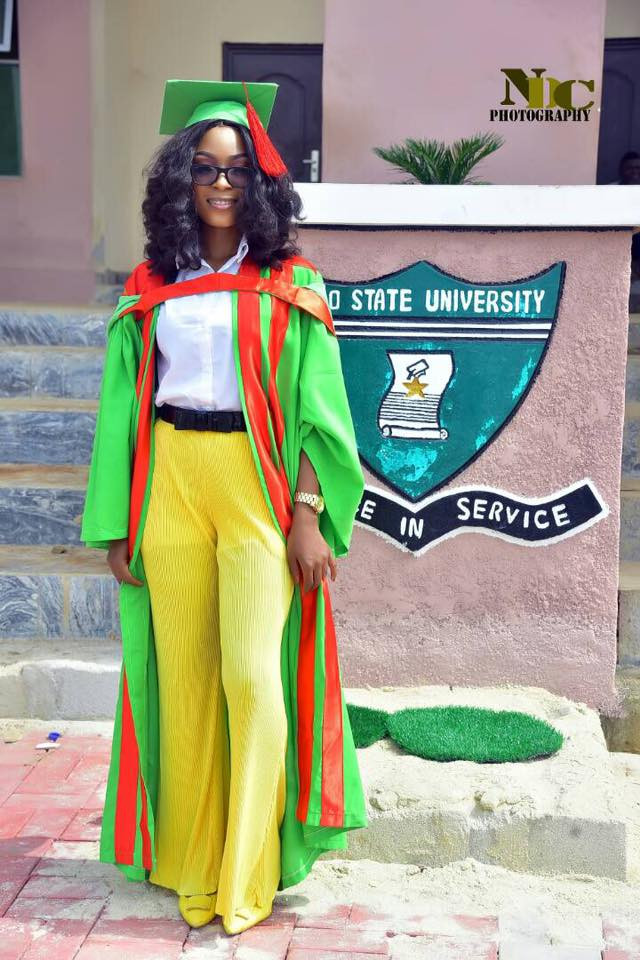 And she met her end on Saturday, when the Toyota Sienna commercial vehicle she boarded to Akwa Ibom State got into a ghastly accident along Onne Road.

Sources said that as the Sienna made it’s way on the wrong lane, an oncoming lorry that was on the right lane crashed into it. 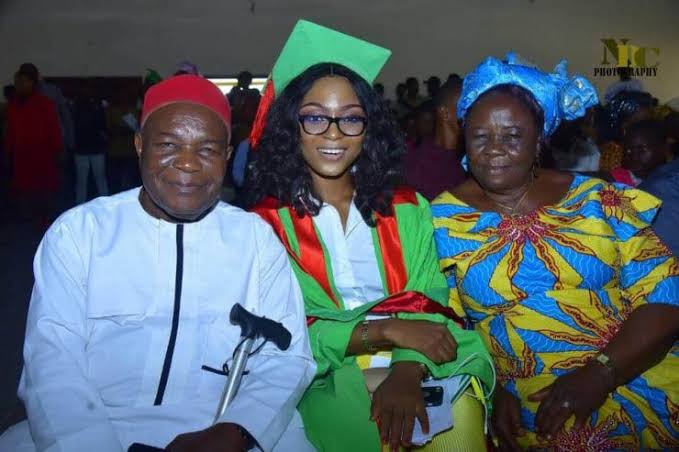 A police officer told newsmen, “There were two Sienna Toyota minivans headed towards Akwa Ibom. Around Daewoo just long Onne Road, a trailer had broken down on their lane so they decided to drive against traffic.”

“One of the Sienna minivans was the vehicle in which the doctor was in. A lorry which had the right of way did not see them on time, lost control and rammed into them. Good Samaritans took them to a hospital. Three of them were taken to Sonabel Hospital around the trailer park while Dr Iroegbu was transferred to Morning Star Hospital, Onne. She died at midnight.”

The commander said, “The matter was not reported to the FRSC but the police at Onne confirmed it.”

Udoka Martha, a friend to the deceased wrote, “Urenna Samuel Iroegbu you’ve shattered our hearts. Just two days after your NYSC POP (Passing Out Parade) and you are no more, how? This wasn’t part of the plans we had. No! We had greater plans. Now you’ve left your family and us, your friends.”