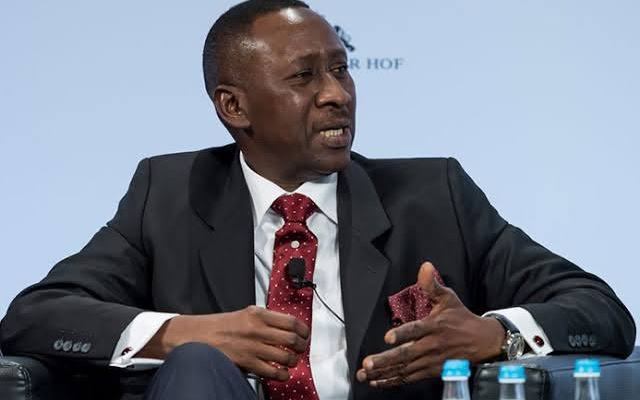 The National Security Adviser, Babagana Monguno (retd) has been urged to work with other Service Chiefs in the country to move the nation’s war against insurgency forward.

This call was made by the Northern Patriots (NP), decrying the lack of strategic thinking and actions by the NSA’s office to address the non-kinetic component of the war against insurgency in Nigeria thereby leaving the military and other security agencies alone in what ordinarily should be all-encompassing warfare.

In an open letter signed by the convener, Alhaji Abubakar Sadiq Suleiman, on Sunday, NP said it is time to be proactive about the real solutions in the fight against terrorism.

According to the group, the NSA hasn’t done much in terms of stakeholders engagement, intelligence and coordination of actions to complement the efforts of the Service Chiefs and his gallant troops.

Among others, the Northern Patriots, however, urged Monguno to reopen the dialogue channel with the insurgents using some of Northern elders.

They also charged him to use his office to investigate reports that Nigeria still does business with some of its neighbours alleged go be arming the terrorists.

NP’s FULL LETTER TO THE NSA BELOW:

Permit us to use the platform of an open letter to write to you on a sensitive matter as the security of the country.

As northern patriots, we have noticed the recent effort by your office towards ensuring the success of the fight against terrorism, insurgency, banditry and other forms of crime against Nigeria and her citizens.

We are happy with this latest resolve because communities in northern Nigeria have not been spared from attacks even though your good self, the NSA hails from the North. This is evidenced by the latest attacks on our communities by the Boko Haram.

As you join hands with the other heads of security agencies in the country as well as with the service chiefs to achieve this, it is our prayer and that of many Nigerians that your efforts would be crowned with success.

But NSA sir, as we desire the best for our families, communities and country, we have noticed certain infractions within the security network that have been undermining the efforts of the government to stamp out terrorism and banditry in Nigeria that we wish to bring to your notice and advice you accordingly.

The first thing we noticed is that not much is coming from the office of the NSA as those behind these terrorist groups who sponsor and promote these crimes are hardly investigated, arrested or prosecuted. Even with our little knowledge of security, we know that, just like every other malaise, Nigeria cannot make much progress if we continue only to arrest or kill only the terrorist foot soldiers and ordinary members, as that would be akin to treating only the symptoms and not the disease.

Because you are our son and we wouldn’t want you to fail, we recommend that to exterminate the disease from the body, the office of the NSA has to go further than relying on combat actions by troops to investigating the sponsors and promoters of these terrorist groups. This, we believe would not be farfetched given your background as an intelligent officer.

We will like to address your mind to the fact that in the past, certain politicians including serving senators and a former governor have been at various times indicated by intelligence reports coming from the activities of these groups, but nothing has been done in that regard.

Apart from that, the security agencies have continued to bungle the cases against these politically exposed persons by the shoddy and untidy manner they prosecute these cases thereby giving the suspects the alibi to be off the hook.

Even the most glaring investigation that led to the arrest of the Nyanya bomber in an African country, sadly, not much has come out of the case as due diligence was breached in the process of prosecution.

NSA sir, we cannot continue on this path if we want to be taken seriously by the international community who are ever willing to support us and rid the nation of these elements which threaten diplomatic and business interests.

These have led to a decline in the volume of trade between Nigeria and many countries and deprived us of the much sought after foreign investment not to talk of the psychological trauma we are made to endure.

This is heart-wrenching when considered that these security problems can be addressed if our intelligence team, which happen to fall under your purview does the right thing.

We recall that during the time of Lawan Daura as Director-General of the Department of State Security Service, DSS, that much was achieved through intelligence gathering, contact with terrorists leaders and negotiations that led to the release of many of the Chibok girls and the return of the abducted Dapchi girls.

The Chief of Army Staff, Lt General Tukur Yusuf Buratai has in all ramifications done so much and is doing everything to bring the insurgents on their knees. We do appreciate him and what the military has done so far. But we understand that there are limitations on the part of the military including those that we may not know as non-security personnel.

Nevertheless, the glaring ones have to do with stakeholders engagement, intelligence and coordination of actions that will aid the services. Unfortunately, like NSA,  we haven’t seen you do much in that regard and we believe it’s time you wake up.

Since your appointment sir, we have not seen that extra push, community and stakeholders involvement and initiative that are needed to give the fight the final push.

We will like to remind you that the bulk of the remaining problem lies with you and how you handle your brief as the combat troops have done their part.

The military has done much by killing many of these criminals and arresting their informants, but this is like hitting the body of the snake without cutting the head.We want you to know that fate has put in this position to cut the head of this snake by going at the sponsors and promoters of these groups.

We want you to be going home more often and consulting with other stakeholders who know so much about these groups and would be willing to guide you on the path to success.

We want you to reopen the dialogue channel with the insurgents using some of our elders.

Another curious thing we noticed is that while our neighbours are known to arm these terrorists, Nigeria continues to do business with them pretending not to know what is happening.

We advise that you use your good office to investigate this matter so you can rightly advise the president on what to do in that regard.

Accept the assurances of our esteemed regard.